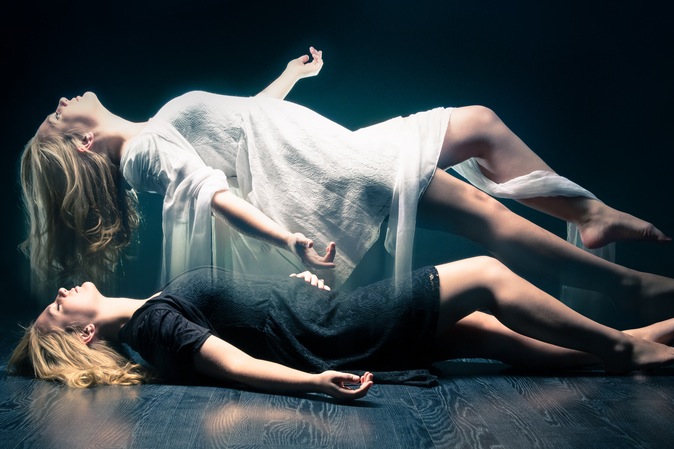 My mental health issues, including depression, anxiety, and obsessive-compulsive disorder, date back to when I was four and crying to my mom that life seemed pointless.  But a year and a half ago, a new one blindsided me.  I was on the road to graduating with a master’s degree in social work from the University of Southern California, I was in the midst of a prestigious internship, and my long-term boyfriend was moving in.  Though I was very anxious, I was somehow managing to keep it all together.  Until I couldn’t.  I had no idea what was happening to me.  I was suddenly not myself.

During the eight months after that relationship quickly collapsed and I withdrew from my internship, I pieced my life back together and graduated.  A month later, I was panicking for hours a day and desperately punching my couch, trapped in a sense of unreality.   I have been misdiagnosed with everything from bipolar disorder to panic disorder to psychosis until my treatment providers finally agreed that it was the rare condition called depersonalization disorder (DPD).  This disorder is thought to be partly a dissociative disorder and partly an obsessive-compulsive disorder.  Although the symptoms I will describe may sound psychotic, they are not, as the sufferer has complete clarity that the misperceptions are inaccurate.

In the past year and a half, my disorder has fluctuated.  I now experience depersonalization or derealization 24 hours a day.  If you’ve ever had a panic attack in which things briefly look unreal or parts of you feel unreal, you have had a glimpse of what someone with DPD experiences all the time.  Both precise and sadly degrading, the term “depersonalization” means to take away one’s sense of self, of being a person.  I often feel as though I am not alive, or that I am a shadow of my former self, some sort of numb robot, living in everyone else’s world.  At times, I feel like I’m disappearing.  Or I feel separate from who I am, unsure of my reflection, and wondering which part of me is speaking, as though everything is disconnected.  In my worst hours, I feel trapped in an invisible bubble, completely numb, unable to reach those I love who are standing right in front of me, unable to access the emotions I once had for them, for myself, for everything.

“Derealization” denotes a distinct change in the appearance of reality.  For me, the world visually appears, just, wrong.  It can seem harshly bright, with the figures of people standing out from the background too starkly; or it can seem faded together two-dimensionally.  Often I feel like I am dreaming or like life itself is not real.  My sense of time is distorted.  I am hard-pressed to remember what I did in the past few days, and I often don’t feel like it actually happened. Because this is not a psychotic disorder, I retain awareness that all of these perceptions are terribly, horribly wrong.  I live in a frightening Groundhog Day, in which Bill Murray is on mild hallucinogens he never meant to take.

There are few medicinal treatments for DPD, as few clinical trials have been run and those that have been have had conflicting results. I have tried a medication from almost every class of psychotropic drugs, I’ve undergone three forms of neurofeedback, and I’ve done intensive therapy for the issue. While most interventions have somewhat alleviated the intensity of the symptoms, the DPD rages on.  A few of the drugs I was given early on severely exacerbated the syndrome.  Because I didn’t know what was happening to me, and because professionals could not seem to get a grasp on it, this was very confusing for everyone involved.  I’ve had extensive medical testing done, to no avail.  It’s hard to explain to someone that your brain feels broken when you sound coherent, but it absolutely feels like your brain is broken.  I hope you never truly understand what I mean.

I am still baffled by the lack of attention this disorder has received from the research community and the public.  The lead singer of the Counting Crows came forward with his story about it, which garnered a blip of attention.  DPD can be caused from anything from prolonged stress to trauma to one bad high on marijuana (yes, just one), and the potential symptoms are even more complex and plentiful than the potential causes.  For the sake of all those struggling with this awful disorder, I wish that science begins to lend a helping hand.

Fortunately, I have hope.  I have come to a point that I am getting used to the daily changes in my symptoms: morning DPD, afternoon DPD, and evening DPD.  Coming from the initial total numbness I couldn’t escape no matter how hard I tried, I now have more true emotions, from tearing up at a friend’s pain to laughing at a movie.  And my startle reflex has returned!  It’s quite exciting anytime something loud makes me jump. I’m even starting to have nights when I get hints of my old self.  My hope doesn’t just come from progress; it also comes from faith in a power greater than myself, which I’ve developed in my several years in a 12-step program.  I also have a very full support network of my extraordinarily supportive family and great friends.  And my hope comes from music.  I believe that to deal with DPD, just as with any extreme difficulties, one has to find meaning.  I’ve sung through many tears, written new songs, and am finally learning to play the guitar.  I won’t let DPD win.

Ironically, I was five years sober when I started feeling like I was on drugs.  One day at a time, I’m still living.  It might not be your reality, and it’s definitely not the reality I want, but it is my reality.  And my life deserves to be lived.